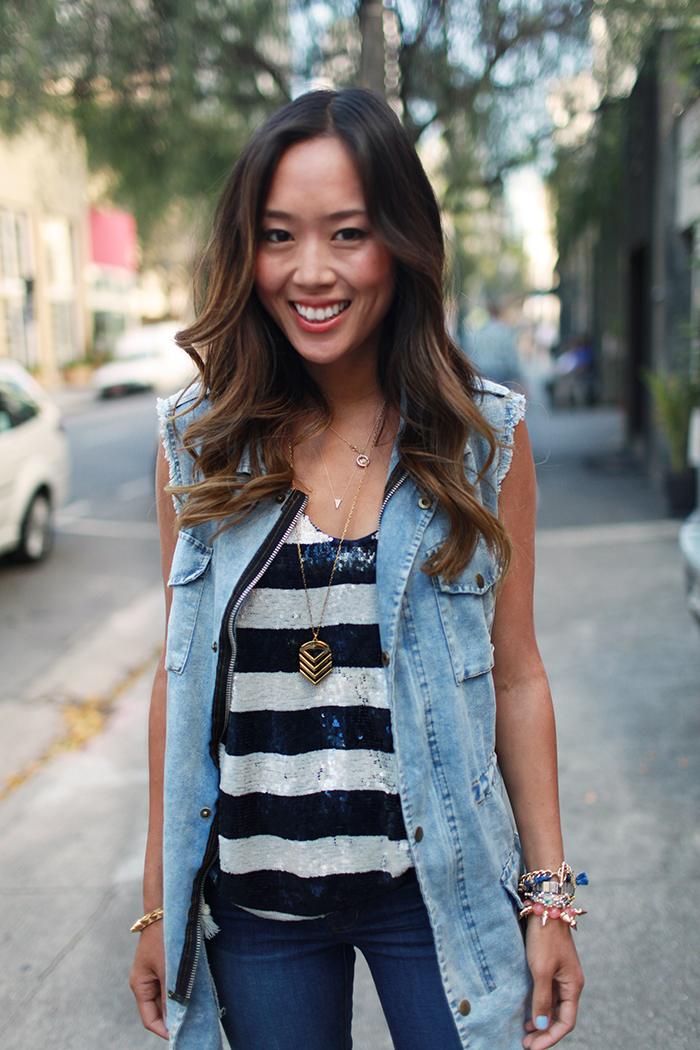 Running off of only 3 hours of sleep during the past two days as my schedule in Brazil is packed doing fun stuff with Schutz but also struggling with American Airline to put a claim against my lost/stolen laptop and jewelry box. I’m so frustrated by the lack of customer service, inconsistency (different people telling me different things) and lack of concern I’ve been receiving from American Airline. However, the only thing that puts a smile to my face is the amazing people I have met in Brazil and the girls that I came to Schutz with.
Today, besides going to the airport at 6am in the morning to deal with American Airline (nothing was solved and got back to my hotel at 11am. #fml) I had two different fun photo shoots individually and with the girls (Kelly, Jane, Shea) with Elle Brazil and Glamour Brazil. After the shoots, I was able to finally sneak an outfit photo (thanks Shea and Juliette!) after lunch and after a long day I’m finally managing to update the blog with a borrowed laptop! 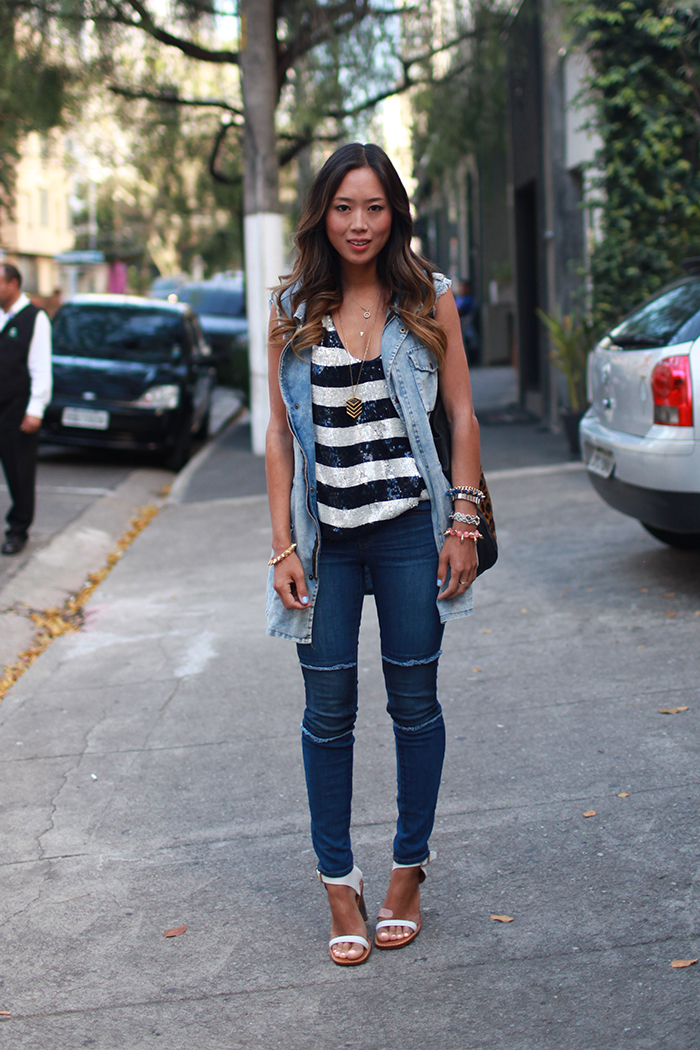 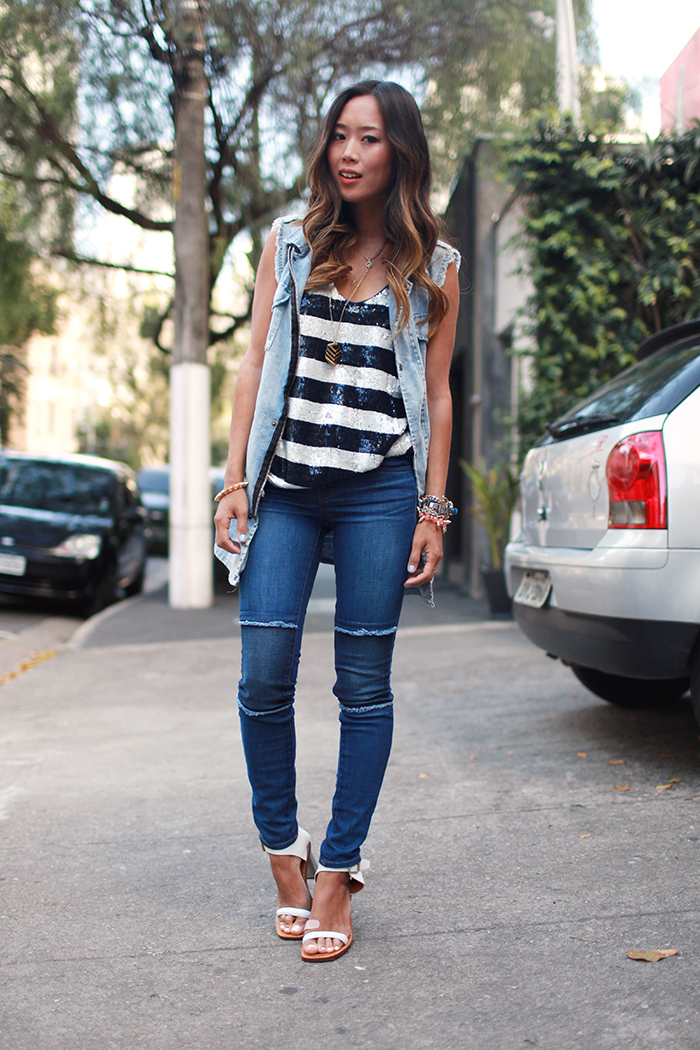 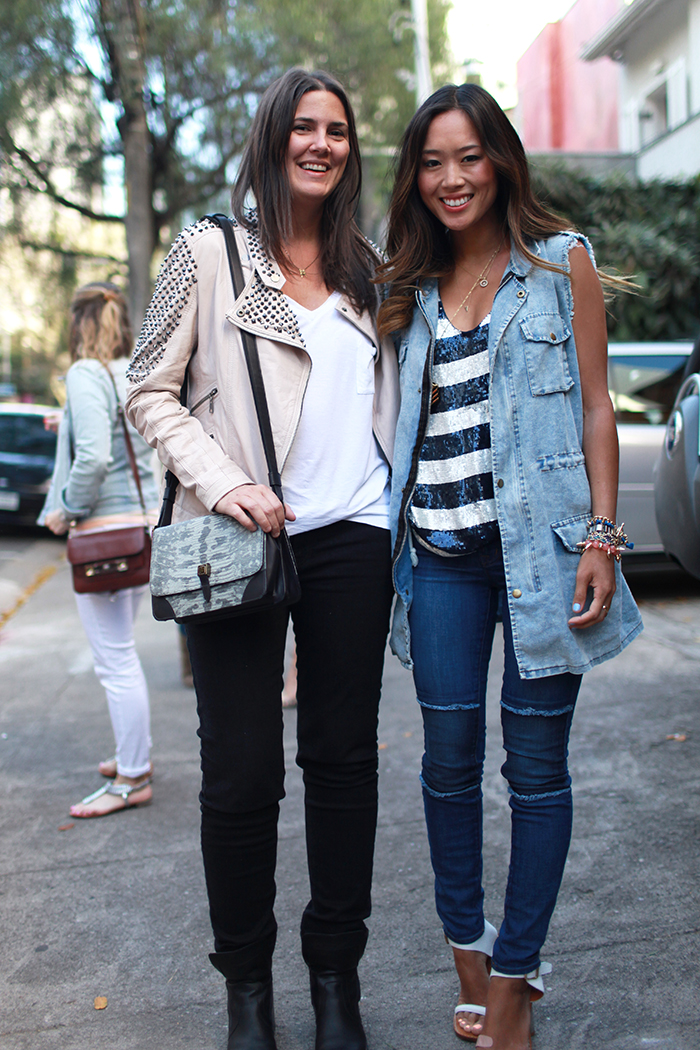 (with Susana, the editor of Elle Brazil. I borrowed her leather jacket during the shoot and did not want to give it back)
P.S. Just wanted to say THANK YOU from the bottom of my heart to all of you who have left me comments and also for those who have tweeted to American Airline. I’m sure I’ve been spamming your twitter feeds with my angry and frustrated tweets towards AA but you’ve guys have been so supportive and I’ve never felt so loved like the past couple of days! Thank you so much! <3 p=”p”>
Denim Vest/Trench from my friend June
Yoana Baraschi c/o the hot Shop PR Girls
J Brand Jeans (thanks, Beth!)
Ippolita Mini Lollipop Pendant Necklace
Albeit Triangle Necklace
Celine Heels

My Favorite Jeans Are On Sale

Jeans are my favorite year-round wardrobe staple that need no introduction. They make up a huge portion of my closet because they ...

Brazil and More through Song of Style on Instagram

3 Ways to Style A Trench Coat This Fall

Top 6 Rompers I Am Wearing This Fall

My Favorite Jeans Are On Sale